First published in the Association for Coaching newsletter The Bulletin, April 2009. 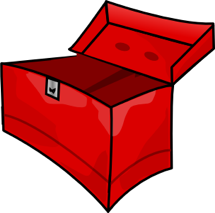 This simple and quick technique is based on the work of David Grove, the New Zealand Psychotherapist who sadly died in January of last year (2008). David is best known for developing Clean Language, which is a non-directive process to engage with a client's metaphorical 'sense' of their situation and goals. This process, known as 'Emergent Knowledge' (EK) is even 'cleaner than clean', in that the process relies mainly on repetition of the same kind of question around 6 times. This has the effect of adding a deeper understanding of the same kind of knowledge, until everything the client understands reaches a kind-of critical mass - and a new level of understanding breaks through. Although simple, this exercise can uncover and detangle very complex issues. For more information go to www.cleancoaching.com

This exercise can be used in any type of coaching situation, for executive and business coaching as well as personal.

Step 1: Have the client write or draw their goal on a piece of paper. Alternatively you can ask them to choose an object that could represent their goal. Some clients will find this a fascinating idea, and start to look around for some object that could encapsulate (as a metaphor does) the goal or issue at hand. Some will instinctively grab something without much thought, but once they consider their choice they become consciously aware that many qualities of the object somehow relate to their goal.

Step 2: Ask the client to place the paper (or object) in a space that 'feels right' to them
Many people will find they can do this without thinking too much, some may need you to encourage with some experimentation. Very soon they are likely to discover it does seem to make a difference to how they feel about the goal.

Step 3: Ask them to tell you how they would like you to refer to this paper or object from now on. It could be as simple as ‘goal’ or they may give it a name.

Step 4: Ask the client to place themselves in a space that feels right, in relation to where they have placed their object or paper, and once more encourage if necessary.

Step 5: Ask a series of repetitive, similar sounding questions that help bring the dynamic of the positioning alive:

Step 6: Download information: Once settled in position, ask And what do you know now? ask slowly and deliberately, emphasizing each word and leaving space between the words. This helps the question to ‘land’ deep within the person, and is more likely to draw out information from the whole person, including their unconsciousness.

Step 7: Create a knowledge ‘network’ by adding more and more layers of information until a new understanding emerges. There are many different variations of the basic EK technique that you can use to do this. The process is always iterative (same kind of question) and recursive (each question build directly on the last thing that was said).

There tend to be 6 connections needed to make up a network, so generally you need to ask the same question six times. As one example, you could ask:

And what else do you know about that? and ask it six times, pausing to listen and reflect on each of the client’s answers.

And what do you know now?
Step 9: Finish

There are different ways to finish an EK session, one simple ending would be:
And what’s the difference between what you know now compared to what you knew at the start of this exercise?
Invariably something significant has shifted in their understanding and sometimes a transformational insight will have emerged.

Angela is an accredited life and performance coach and MD of her own training & development consultancy. She specializes in helping people to find their niche in their career, business or life in general. Through metaphor and Emergent Knowldge, Angela enables people to explore their innermost drives and discover their own creative solutions to achieve their goals. For more information go to www.angeladunbar.co.uk