First published on YouTube, 11 July 2011
When Science and Spirituality have a Beer


a full Symbolic Modelling session in English and French

Below is a 45 minute unedited video of a Symbolic Modelling demonstration. It took place on an Xtrema.fr training in Paris in October 2010.

The session starts slowly while the client maps his metaphor landscape in perceptual space. Each apparent resolution is met with a binding pattern until a spontaneous denouement occurs and the changes are matured.

If the video does not play you can see it on YouTube at: https://youtu.be/1-4Um0d9kxo

Nine months after the session the client reviewed the video and emailed us:

Josick [Gurmeur]asked me if I am Ok for putting this demo on youtube, of course  I am.
Then  I realized (with shame) that I forgot to thank you for this great adventure we passed together. Even if I know that I was here for learning clean and not working on myself I have to confess that this demo help me to end a huge work on me started many years before. We’ve got in France an expression : “The heart has its reasons which reason knows nothing” and I guess that sometimes it’s better to let the heart speak as he wants instead of looking for a reason. I hope this video helps anybody to see the power of 'clean' even if they won’t understand what I’m taking about !
An annotated transcript follows.

Annotated transcript of 'Science and Spirituality have a Beer' video

The transcript below demonstrates how to work with a binding pattern that manifests several times during a session. A bind is a generic term for a repetitive self-preserving pattern which the client has not been able to change, and which they find inappropriate or unhelpful.

Note, at no time do the facilitators challenge, attempt to reframe, solve the bind, or change the client's experience. Instead the client is facilitated to 'self-model' until his system finds it own way to move beyond an internal conflict between Science and Spirituality. 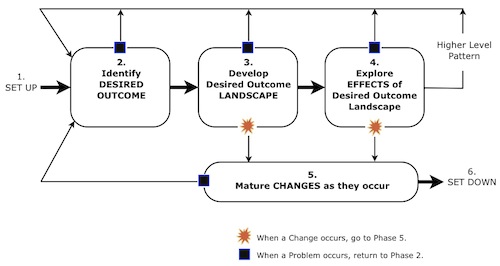 Download a visual representation of the Seven Indications of a Binding Pattern during the transcript.