'Solution Focus' Through a Clean Lens 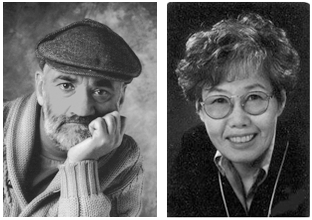 We were recently invited by a group of experienced Solution Focus (SF) practitioners to compare and contrast Symbolic Modelling and Clean Language (SyM & CL) with the SF approach.
The originators of SF, Steve de Shazer and Insoo Kim Berg, were influential in the design of both our Framework For Change and Symbolic Modelling Lite, so we were delighted to take up the offer.

In preparing our talk, we quickly realised that while SF and SyM shared much, there were fundamental differences at all levels: principle, process and practice.  It was also clear that slightly modifying some of the SF questions would make them 'cleaner'. As a result SF would retain its essence while adding in some of the advantages of a clean approach. At the same time, some Solution-Focus vectors could become part of the Symbolic Modelling repertoire.

A comprehensive comparison of SF and SyM was beyond the scope of our research. However, by looking at a model SF transcript, similarities and differences between the two approaches could be used to illuminate both methods. In Joining Up The Work of David Grove we used a 'join up' rather than 'integrate' philosophy. Similarly, we aimed to join up both SF and Clean in ways that preserve the nature of each. And the way we did this could be applied to many other methodologies.
POSTSCRIPT
We discovered later that, coincidently, at the same time as we were originally developing these ideas Dr. Klaus Schenck published "So What's a Meta For?" in which he says:

Good, “minimally-invasive” questions are required that help to elicit the clients’ own understanding rather than imposing the coach’s way of seeing the world. The approach of “Clean Language” (Lawley & Tompkins, 2000) has cultivated a whole set of such questions, related to the ones mentioned above, that may be helpful to know about, and useful to extend the toolbox of SF-questions.
InterAction: The Journal of Solution Focus in Organisations, Volume 5, Number 2, November 2013, pp. 35-53(19).  Purchase from: ingentaconnect.com/content/sfct/inter/2013/00000005/00000002/art00004.

Five years after the above we revisited the ideas and with the help of Alex Manea we published our research in the Journal of Experiential Psychotherapy.

To download the full article free click: jep.ro/images/pdf/cuprins_reviste/82_art_1.pdf
Lawley, J., Tompkins, P. & Manea, A. I. (2018). The Analysis of Solution-Focused Brief Therapy from a Clean Language Perspective, Journal of Experiential Psychotherapy, 21(2):3-20.

This paper compares and analyses Solution-Focused Brief Therapy (SFBT) through the paradigm of Clean Language and Symbolic Modelling at three levels: intention, process and practice. The aim is to identify specific similarities and differences between the two approaches in order for practitioners of both to mutually benefit. ...